Even though the Apple Watch is an amazing piece of technology that makes people’s lives easier with all the features that it brings to the table such as EKG support and sleep analysis, there is one area in which the Apple Watch excels and most Apple fans don’t even know about it. The area that we are talking about is gaming. Yes, you read that right! The Apple Watch brings awesome gaming experiences on people’s wrists and for today we have picked the best Apple Watch available on iTunes.

Before we present the top games available for Apple Watch, we need to mention that no one should expect to receive immersive gaming experiences. This is still a smartwatch after all and it ships with a small display and controls which are placed on only one side. Luckily, innovative app developers have created special ways of controlling games to make them fun to play. With that said, let’s get into it.

We are going to start our list with a game that everyone loves, Chess! This is a really fun game and people who enjoy strategizing and coming up with new ways of outthinking their opponents in order to dominate are going to have a blast with Chess – Play & Learn. To make things even better, this game offers a massive library of 65,000 challenging puzzles that Apple Watch users can try and solve. 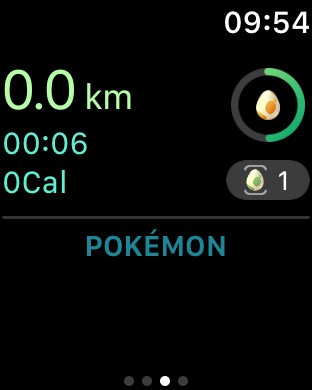 Obviously, Pokemon Go has to be on our list. This is one of the world’s most popular mobile games and therefore, it shouldn’t come as a surprise that it also arrived on watchOS. What’s great about Pokemon Go is the fact that it gives people the chance to live out their childhood dream of running all around the world and catching rare Pokemon in order to become the best.

To top it all off, the Apple Watch version of Pokemon Go will automatically synchronize with the one installed on an iPhone for example, thus making it possible for fans to always be on the lookout for new Pokemon, even though they might not have their iPhone around. 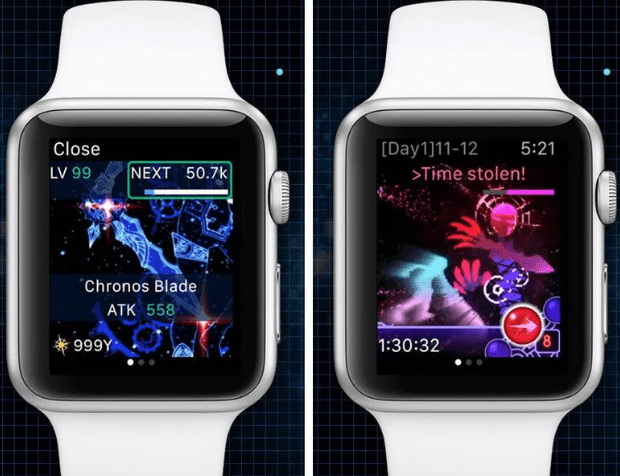 The first thing that we want to mention about Cosmos Rings is the fact that this game is developed by none other than Square Enix. For those who aren’t familiar with this developer, they should know that Square Enix has created some of the most world’s most fantastic RPG games such as the Final Fantasy series and Secret of Mana among others.

Nonetheless, Apple Watch is an RPG for Apple Watch and its really fun to play. Players will get the chance to do battle against challenging bosses which last for about three minutes and this makes Cosmos Rings the perfect game for Apple Watch fans who hate getting bored while waiting for something to happen. 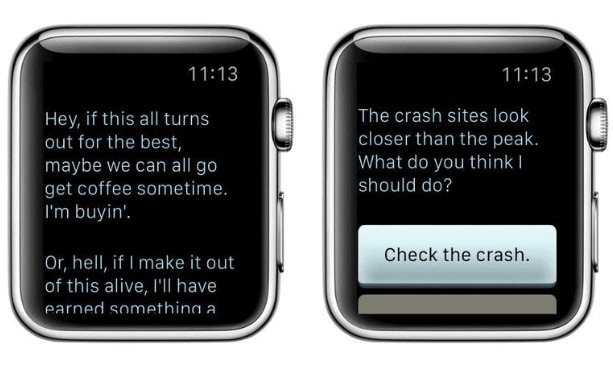 Do you remember the classic RPG games where players were presented with many lines of text that took them on incredible adventures where they needed to use their imagination to have fun? Well, this is the same kind of gameplay experience that Lifeline offers. This is an RPG survival game where players will need to help a character named Taylor face difficult challenges.

The interesting thing about Lifeline is that all decisions that players take have serious consequences. This means that players will need to be really careful about what kind of advice they give to Taylor so that he doesn’t get placed in harm’s way. In addition, one of the writers for Lifeline is Dave Justus and he is known for working on incredible games such as Fables: The Wolf Among Us. 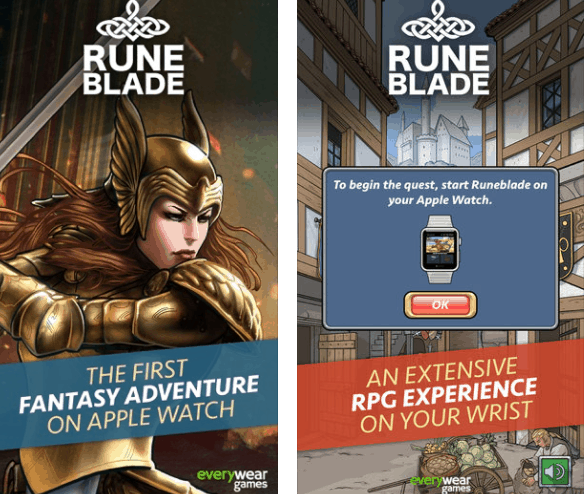 In addition, players will need to learn how to use spells, runes and other types of magical artifacts in order to complete the quests that they encounter while leveling. Moreover, the game is updated on a regular basis which means that it keeps on improving. 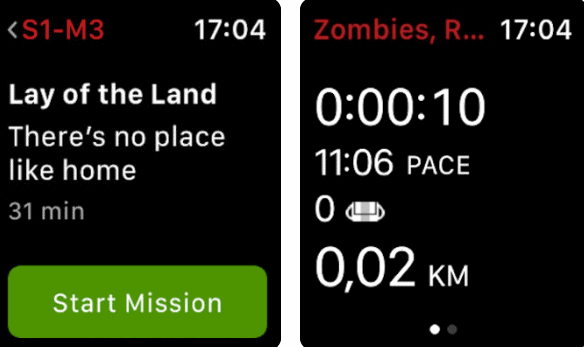 The previous games were RPGs that require players to come up with smart strategies in order to defeat their foes. However, we have something a little bit more fun on our sixth spot. The game is called Zombies, Run! and just as its name implies, players will need to do their best to outrun hordes of zombies. The fun part is that since this is an Apple Watch we are talking about, players will actually need to run in real life and the game will encourage players to keep on going and to run that “extra mile” by motivating them with radio messages and voice recordings. 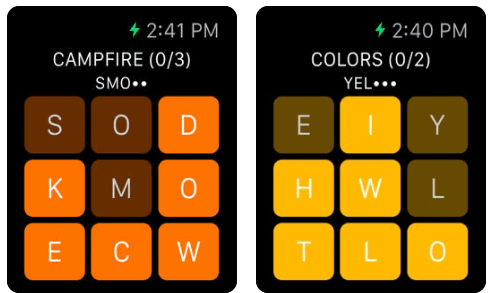 Even though Scrabble might be a fun game where players can test out just how good their vocabulary is, there is one game that takes things to the next level. The game is called Letterpad and it offers more than 200 puzzles that Apple Watch fans can complete. What makes Letterpad from all other puzzle games is the fact that players share puzzles made by them in a special creator mode with their friends. Not just that, but the game receives new puzzles every week and the puzzles are made by the game’s community.