The Gear S3 Frontier and Classic are some of the best smartwatches that people can purchase right now. They offer reliable hardware specs and a beautiful design that is paired with a rotating bezel which makes the user experience smooth and pleasant. Although, there isn’t such a thing as a “perfect device” and the Gear S3 smartwatches have a downside. The downside is that Gear S3 Frontier and Classic don’t ship with too many native Tizen apps and users are required to search for essential apps on the Galaxy Store.

With that said, we decided to help Gear S3 Frontier and Classic out by meticulously searching the Galaxy Store for the most useful apps and presenting them today. The first places we searched were none other than the community forums for Gear S3 fans so that we can pick only the best apps to present. Without any further ado, here are the best Gear S3 apps. 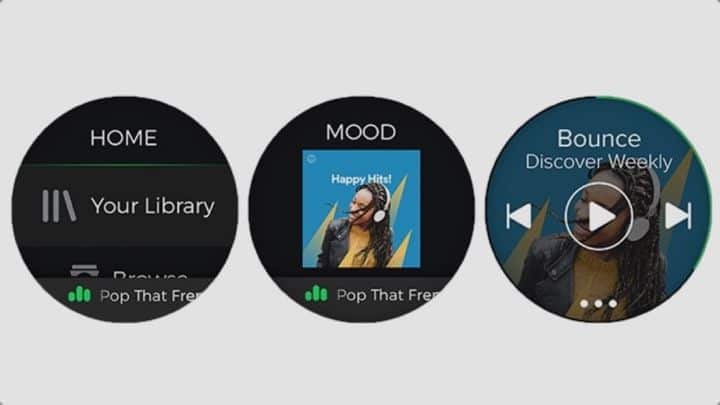 We are going to start with an app that needs to be installed on all handheld devices, including Gear S3. Spotify is the world’s most popular music streaming app and there is a good reason behind that. Spotify offers a plethora of songs and curated playlists that people can listen to them both online and offline. Gear S3 users are not required to pay a monthly subscription fee in order to access Spotify because the app also offers a free program. 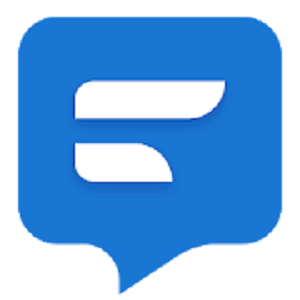 Have you ever tried to write a text on a Gear S3 smartwatch? If yes, then you will agree with us when we say that it can be quite annoying and tedious. This is why our second pick for the best apps for Gear S3 Frontier and Classic is Textra SMS. Just like the app’s name implies, Textra SMS has been developed for the sole purpose of making it easier for Gear S3 users to communicate with their friends and family members.

Furthermore, the app’s user interface is highly customizable and this makes it perfect for Gear S3 users who want to add that “personal” touch to the app. A cool customization option from Tetra SMS is to change the messaging background from black to dark or light. 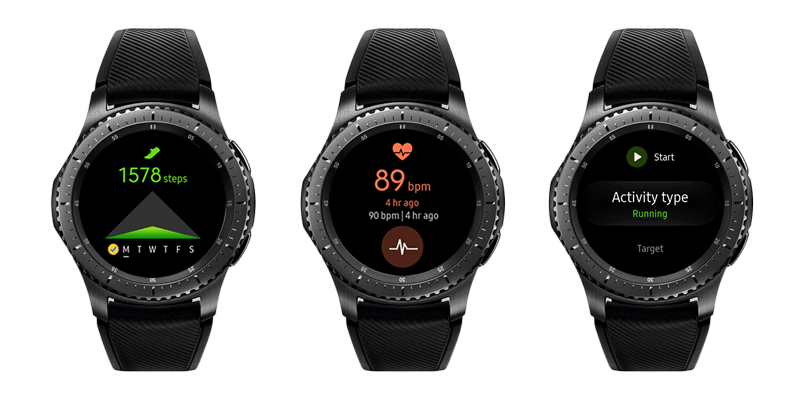 One of the primary reasons why people purchase smartwatches is because they make it easier to keep track of workouts, miles ran, calories burned and so on. Even though we criticized Samsung in the beginning for not equipping Gear S3 with enough native apps, we have to admit that S Health is a powerful and really useful app to have.

S Health is great for people who workout on a daily basis because the app supports a multitude of workout routines and it can also track important information such as heart monitoring or step tracking among others. We should also mention the running feature which helps users set the pace for their runs by making the smartwatch vibrate whenever the user is not running at optimal speed. 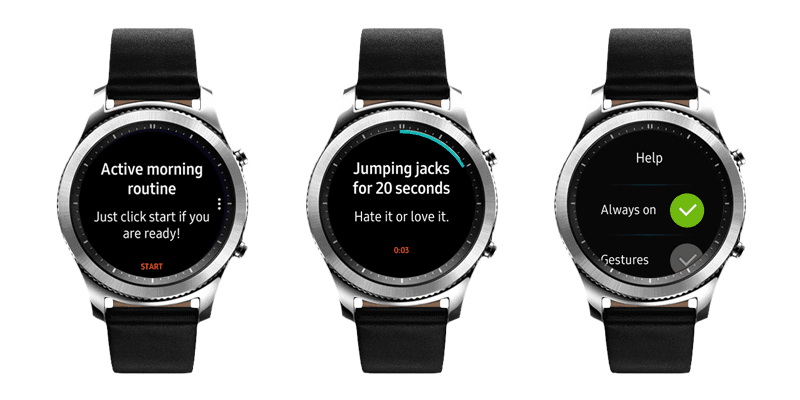 We previously presented Samsung S Health which is a great app for workouts. However, our fourth app on the list has been specially designed to help people work out. Gear S3 users can add all types of routine or process to GuruWear Pro and the app will start guiding the user step by step. This app can also be used for daily routines and not just for workouts with reminders such as “drink more water” for example. 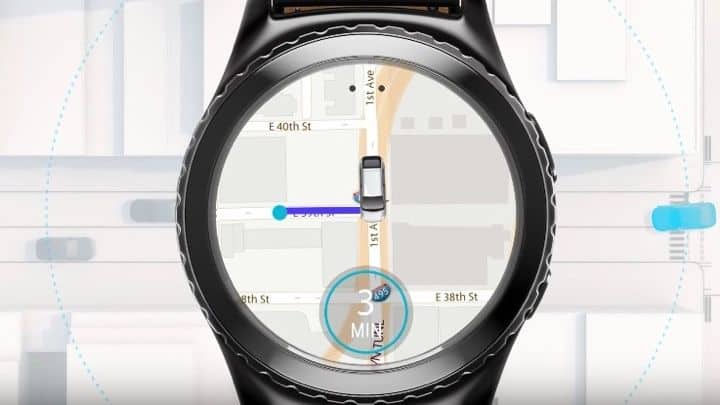 Everyone knows what Uber is by now. No one needs to sit outside in the rain or cold in order to hail a taxi ever since Uber was launched. Uber is a really useful app and therefore, we had to include it on our list for the best Gear S3 Frontier and Classic apps. We should mention that Uber’s user interface has been altered to work with the rotating bezel of Gear S3. The bezel can also be used to choose what type of ride Gear S3 users might want to order. 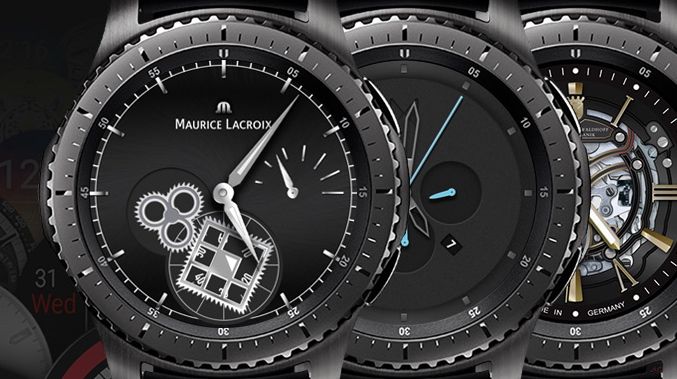 There are lots of features that make the Gear S3 amazing and one of them is the fact that it lets users customize the Watch Face. Gear S3 is a wearable device and this means that users will end up carrying it with them everywhere they go. Not just that, but Gear S3 is visible since people wear it on their wrists and therefore, some use it might want to get a classier Watch Face for when they are invited to a dinner party. This is where Facer comes in. This app offers more than 15,000 Watch Faces that Gear S3 users can download and apply whenever they want. 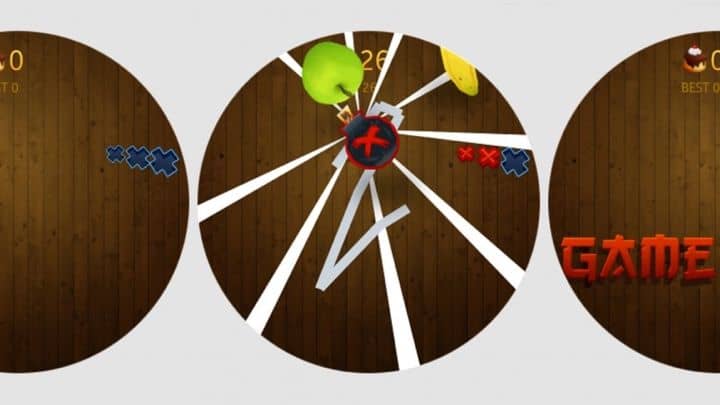 Even though our main focus for today have been useful apps, we wanted to make sure to introduce a fun game that is going to keep Gear S3 entertained during boring hours. The game that makes our list is called Fruit Ninja. We need to note that the game is not made by the same developers who create Fruit Nina for smartphones. However, the Gear S3 version offers the same fun experience where users get to carve through all types of fruits. 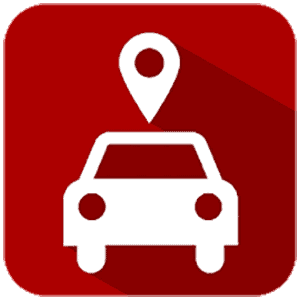 People who live in big cities know that losing your car is not something out of the ordinary. This can happen to everyone, especially in big mall parking lots. Therefore, our eight pick for the best Gear S3 Frontier and Classic apps is Find My Car. We think that the app’s name makes it clear what this app’s features do.

While Gear S3 ’s display might not be bright enough in order to be used as a flashlight, this can be changed with the help of a special app called White Light. This app will turn the brightness to the max and turn the Gear S3 into a mini torch. Nonetheless, White Light will prove to be quite useful in all types of scenarios.