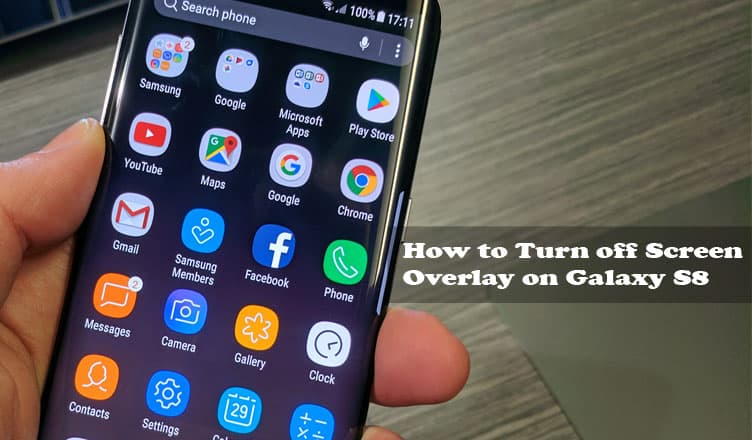 The issue has been faced by many Motorola and Samsung phone users as they have already asked to fix Android screen overlay detected error. Moreover, many users like to use multiple apps in floating windows in Android. Drupe is one such popular app that floats on your Android phone screen. The screen overlay settings are not clearly explained in detail. Here is your chance to understand the screen overlay trouble and how to turn off screen overlay on Samsung Galaxy S8.

It is always good to have some primary information about any issue created in your smartphone. Screen overlay is an issue wherein an app covers another app completely. Facebook Messenger’s chat heads are frequently quoted example; in this app, little bubbles appear as you change apps, but other apps can use this feature in multiple ways. You need to give permission to other apps to run screen overlays for security reasons; when you don’t want to use a particular app, and that very app puts a button on top of another button, you may tap on something you never wanted to.

A smart user normally enable screen overlay feature to make use of Facebook Messenger chat heads effectively, but the same feature creates trouble for him, and he has to disable the feature.

Step #1: Open Settings app from the home screen of your Samsung Galaxy S8.

Step #3: Tap on three vertical dots from the top right corner and tap on Special access.

You can note that Samsung itself doesn’t use ‘screen overlay’ phrase.

Step #5: Search for the apps that may cause issue, and then turn it off by switching toggles.

There is no convincing solution to fix the screen overlay problem maybe because of security reasons as mentioned above. If the app doesn’t allow the use of screen overlay while running, you need to use these toggles again and again.

The world of digital communication is unpredictable and therefore, you have to use such workarounds to fix issues like turning off screen overlay on Samsung Galaxy S8.