Recent reports have been showing that Apple dominated the wearables market in Q4 2018 and the Cupertino based tech giant has Watch Series 4 to thank for. Watch Series 4 was launched last year and many tech reviewers are dubbing it as the “best smartwatch”. The reason why Apple’s wearable device is doing so well is because it is equipped with all the latest hardware specs available on the market which help it deliver impressive performances, even for a smartwatch. Not only that, but Apples’ latest watchOS operating system is packed with a plethora of cool features that offer a premium user experience.

Talking about Apple’s operating system for wearable devices, Watch Series users should be happy to know that Apple has released a new beta update for watchOS. The update sports the “5.2 Beta 4” version number and it can be downloaded and installed by all Watch Series users right now. Apple’s Beta program is not open-source like Google’s Beta program and therefore, it’s a bit tricky to enroll in the program and download the latest version of watchOS on a Watch Series device. With that said, today we want to present a simplified installation guide for Apple’s late watch OS update so that all Watch Series users can get access to the features that it has to bring. 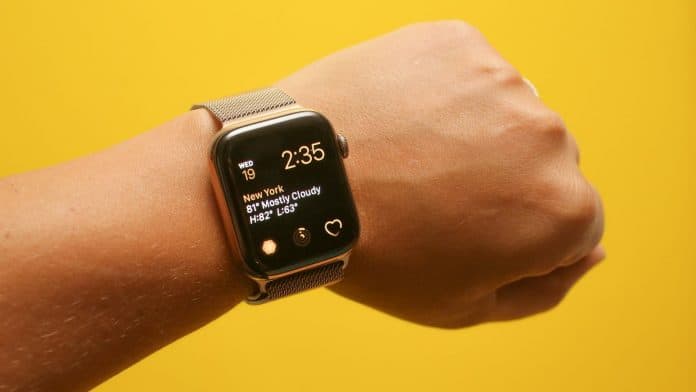 The first thing that we want to note is that Watch Series users who have installed watchOS 5 Beta on their wearable device can get their hands on the latest watchOS 5.2 Beta 4 update by simply opening the Watch app on the paired iPhone, accessing the “General” tab and then tapping on “Software Update”.

We also want to make sure that all Watch Series users know that they should have at least 50 percent of battery charge before starting the update. You don’t want to smartwatch to crash in the middle of updating the operating system because this might cause some serious issues. In addition, paired iPhone needs to be connected to a stable Wi-Fi network and to run on iOS 12.2 Beta 4. With that out of the way, let’s see how all Watch Series users who are not familiar with beta updates can download the watchOS 5.2 Beta 4.

As everyone can clearly see, installing the latest watchOS 5.2 Beta 4 software update is not that complicated. We hope that all Watch Series users can download all the latest updates for their favorite wearable devices and access every new feature that Apple plans to introduce weeks ahead of everyone else.

Since we are talking about Apple’s latest update for watchOS 5.2 Beta 4, let’s also check out the release notes so that Watch Series users know what they will be getting. The highlight of the new update is that it adds Xcode 10.2+ (Beta) which enables app developers to better optimize their apps. Furthermore, the update focuses on improving Siri’s overall performances. Siri for watchOS will now work in simulators and this opens the doors for developers to create lots of fun new features. 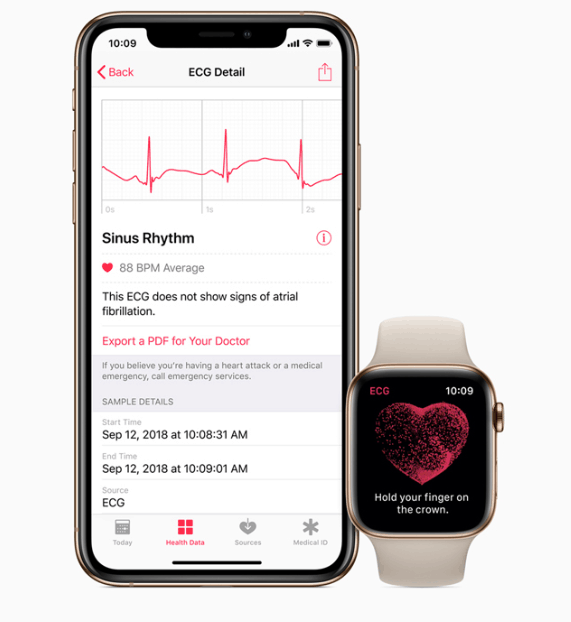 The biggest update that Apple released for Watch Series devices is watchOS 5.1.2 which arrived with a plethora of cool features. This operating system update is also what made Apple’s latest Watch Series 4 eligible to be dubbed as the best smartwatch available on the market. With that said, let’s go ahead and take a look at the highlight features that Watch Series devices have to offer and see what makes these smartwatches so powerful.

Hands down, the best and most powerful feature that Watch Series devices have to offer is the new ECG app which was introduced in watchOS 5.1.2. This app lets users take an electrocardiogram which is so accurate that it can be taken to the doctor for further analysis. The results provided by the Watch Series ECG app are similar to a single-lead electrocardiogram. Therefore, the new ECG app is perfect for Watch Series users who want to keep a close eye on their health.

As we previously mentioned, the ECG app will provide users with detailed analytics of their heart rate. However, things get even better than that because watchOS 5.1.2 also introduced a feature called heart rhythm alerts. Just like the feature’s name implies, it will closely watch the user’s heart rate and then alert them in case something goes wrong. This feature will prove to be a lifesaver for Watch Series users who suffer from heart problems.

The last feature introduced in watchOS 5.1.2 that we want to cover is the improved infographics on native watchOS and iOS apps such as Find My Friends, News, Maps, Phone, Remote, Home, Messages and Mail.