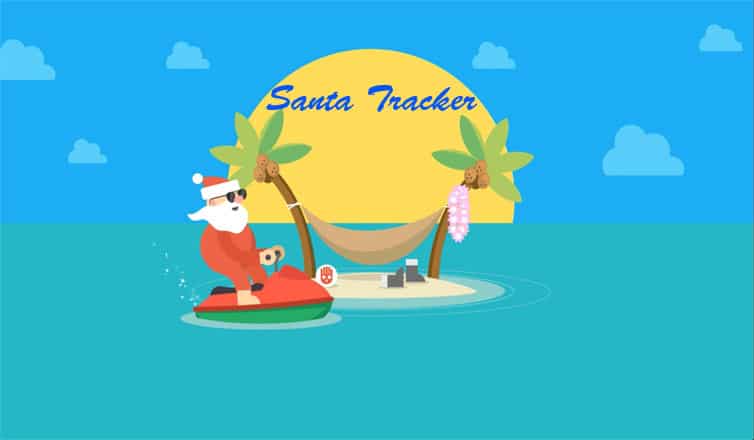 For decades, children wait for Santa to deliver Christmas gifts, and parents keep coaxing them that Santa is on his way. To help parents track Santa Claus, here are two wonderful services: NORAD Santa Tracker and Google Santa Tracker.

Where is Santa Claus? How to Track Santa with NORAD and Google Santa Tracker

Here is a review of both services and how to get the most out of them, whether you’re accessing them from the web or a smartphone, or even by making an old-fashioned voice phone call. 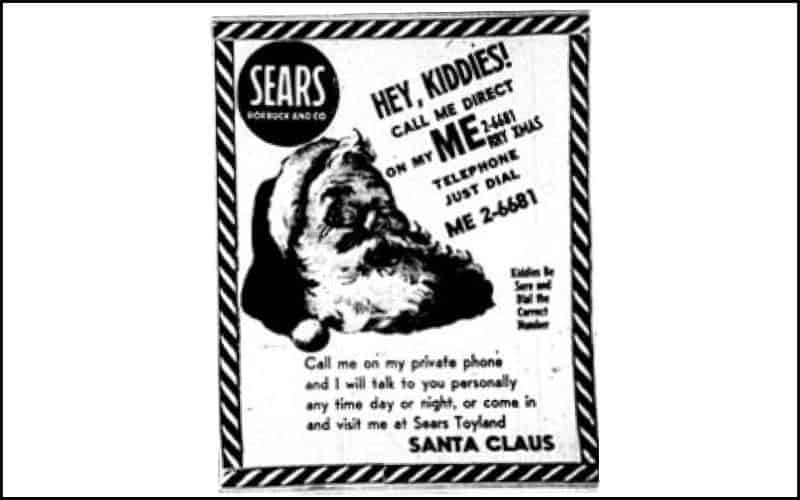 In 1955, Sears store did a mistake and printed the wrong phone number to call Santa in one of the advertisements; all calls were made to the headquarters of NORAD’s predecessor, CONAD. This military group replied the calls to service by giving updates on Santa’s whereabouts. And then it became a tradition.

With the rise of Google, the search engine also started this service in 2004. First, Google started its own within Google Earth, later from 2007 to 2011, NORAD and Google joined hands officially. In 2012, Google parted ways and NORAD and Microsoft became partner.

How to Search Santa Claus Location:-

It is quite easy to search Santa’s location; type in ‘Santa’ in Google, and you will see a box at the top of the page. 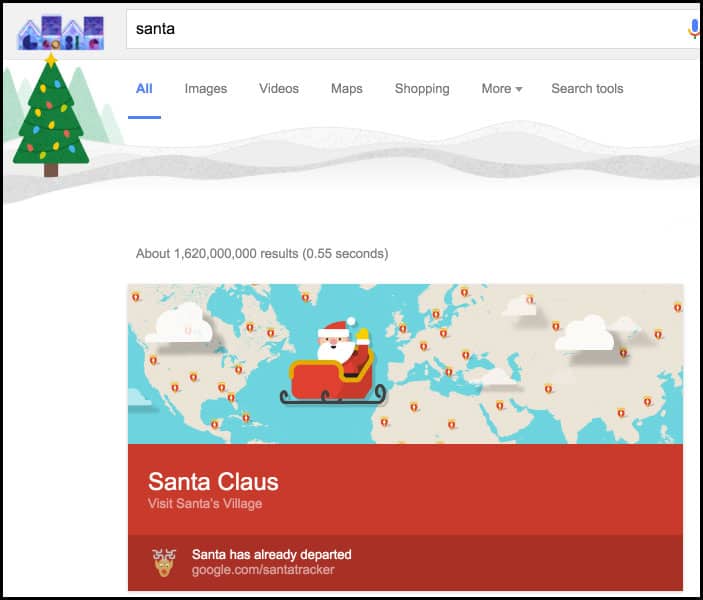 Unlike last year, when Santa’s location was listed in the box, this year people have to click on the box itself. You will be landed on Google Santa Tracker, where you can find Santa’s location.

As Google has launched its voice search facility, you can now speak and search Santa’s location; just say “Santa” and get the results. Never use phrase like “Where’s Santa”; Google will not accept this search term. Rather, this phrase works well with Bing; you can search “Where’s Santa” in Bing and get his current location as shown below:

If you are using Cortana, powered by Bing, can say, “Where’s Santa”; you will receive a reply with Santa’s location: 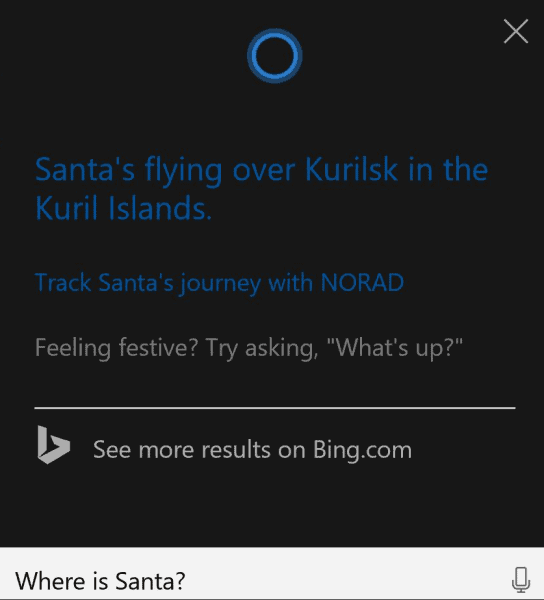 You can use Cortana on Windows, iOS and Android. Surprisingly, Apple Siri fails to help you. If you ask Siri “Where’s Santa”, she gets confused and gives you that standard reply: ‘The North Pole of course”.

Search Santa on Map, Through The Web:

Launch website of NORAD Tracks Santa or Google Santa Tracker in your web browser; it’s that easy. On NORAD site, you will get a 3D view of where Santa is currently flying. 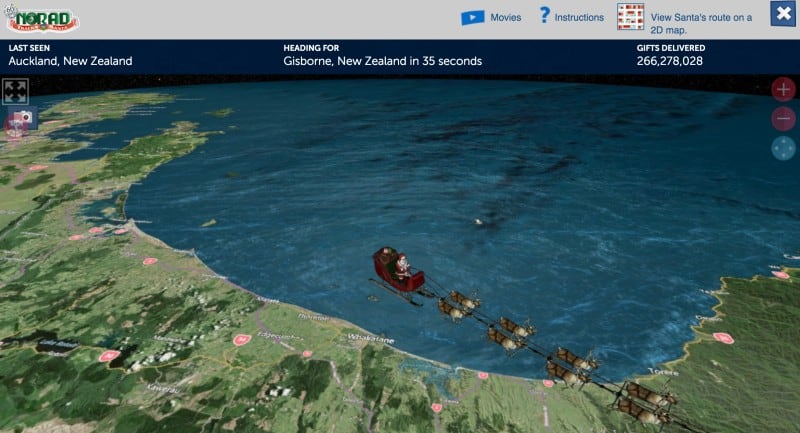 You will see where he was last seen, where he is going and the estimated number of gifts delivered; you will get this info at the top of the screen. You can use your mouse to click and drag to rotate the view. With the help of buttons in the top right corner, you can zoom in and zoom out map.

You Can Find Similar View in Google Map: 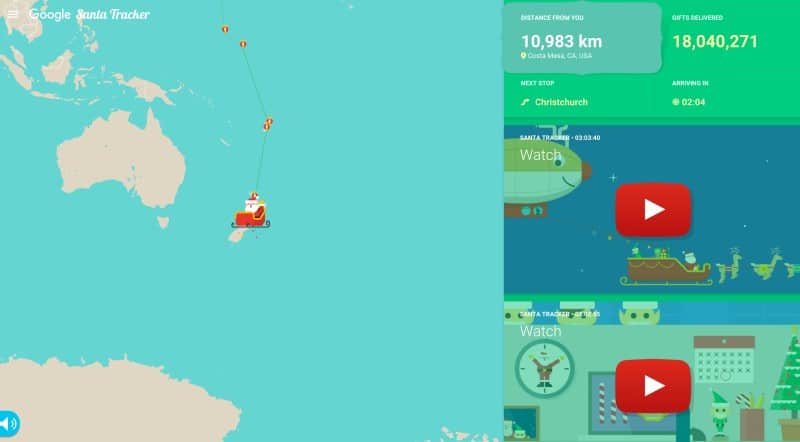 Get Santa’s current location on the left side of Google map. On the right, you can see Santa’s distance from you, gifts he delivered so far, his next stop and when he will arrive there. Check Santa’s previous locations by scrolling column on the right side.

Kids might wonder why both trackers provide different locations of their friend – Santa Claus. Reason is simple: NORAD relies more on radar and satellites to locate Santa, and Google uses updates coming from Wi-fi hot spots and cellular phone towers. This causes delay and therefore, differences.

But the main reason is that Santa Claus is super-fast; no sooner did you see in one place than he moved to the next. For kids, they should take sound sleep during the night; don’t worry about Santa’s location, your gifts will be delivered.

Apart from his current locations, you can also track where Santa has been. Google and NORAD offer this service; you can’t see all the places visited by Santa though. If the map shows all the places Santa has visited, the map would look more cluttered. And if you can’t see your own location, don’t worry…Santa will visit in a short while, or maybe he has already visited your place.

If you are on NORAD, use the 2D/3D button at the top right of screen to see the 2D view of the world. You can see Santa’s previous locations on the map; they are shown in the form of icons. If you click on video camera icon, you can see actual video of Santa flying over some places. Video camera icon in the top left corner helps you bring Santa’s current location in the center of map: 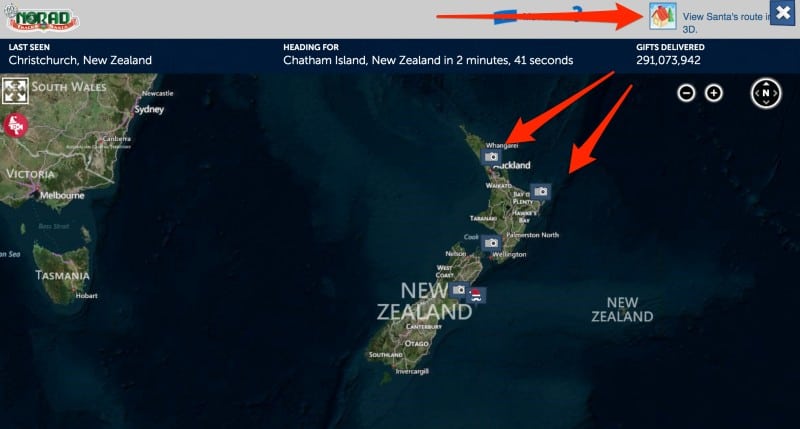 By default, Google’s map shows all the places Santa has been. Click on any location, and the screen will change with more information about those places:

On the other hand, browse through the feed on the right-hand side of the screen to check the places Santa has visited, mixed among videos and other status updates.

Santa Cam videos are popular among users; the video shows Santa flying over several landmarks in cities around the world. Take a look at the screen shot of him flying over Sydney this year:

Check Out The Actual Video:

Click on the ‘Movies’ link at the top of the NORAD site and you can view all the Santa Cam videos posted. 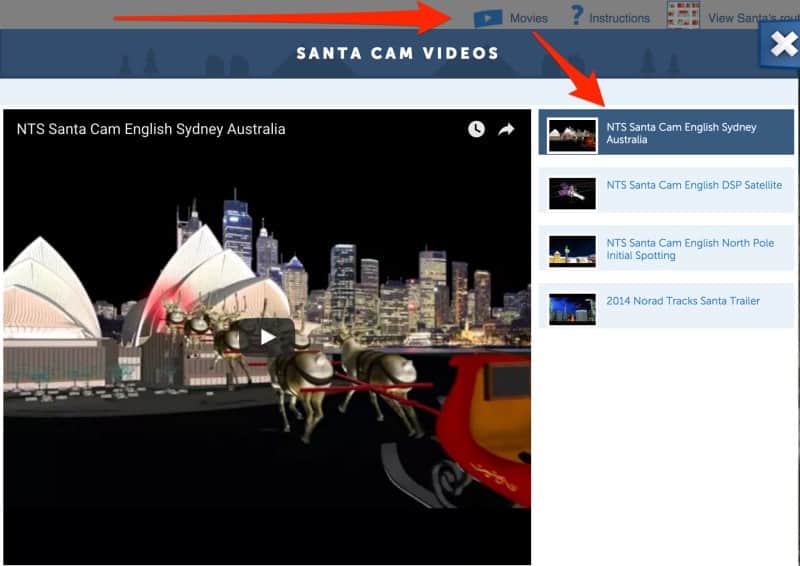 You can also check YouTube channel of NORAD. But you won’t find Santa Cam videos there, even though the videos are hosted on YouTube. So the only way left is to check NORAD site.

Google too has video clips but the search engine doesn’t show Santa in flight; these videos can’t be customized to any location.

How to Track Santa Claus Through Apps:

You can track Santa through different apps: Android, iOS and Windows.

All the apps work in a similar way to going to the actual web site (and if you’re on a Windows desktop, there’s no reason to use the Windows app over your browser).  Google only provides an app for its Santa tracker on Android, which gives basic tracking details.

Google also gives a browser extension for Chrome that sets an icon in the top right of your browser for quick access to Santa’s location: 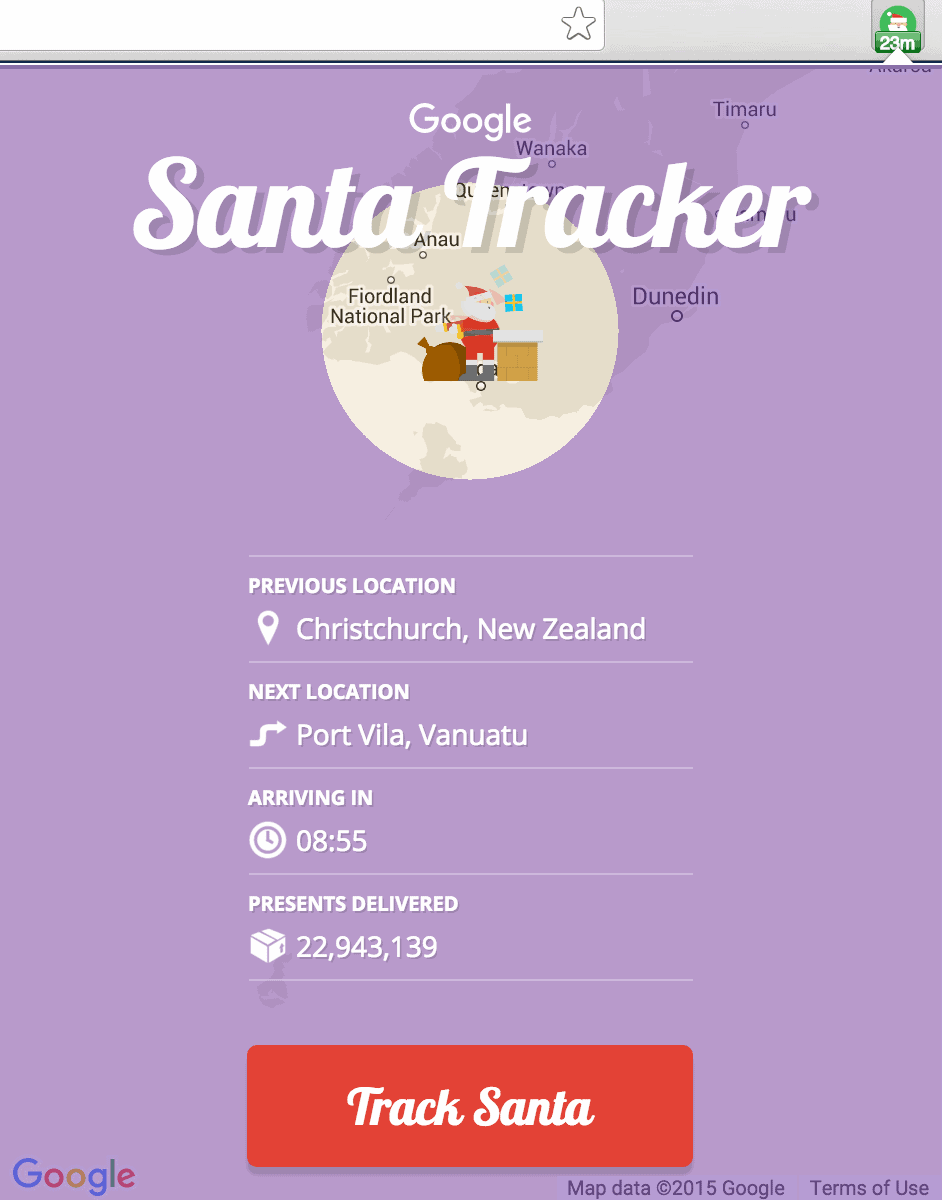 How to Track Santa On TV With Chromecast

You can send Santa’s location to a Chromecast device or Android TV unit (like Nexus Player). Simply tap the Chromecast icon at the top of the app: 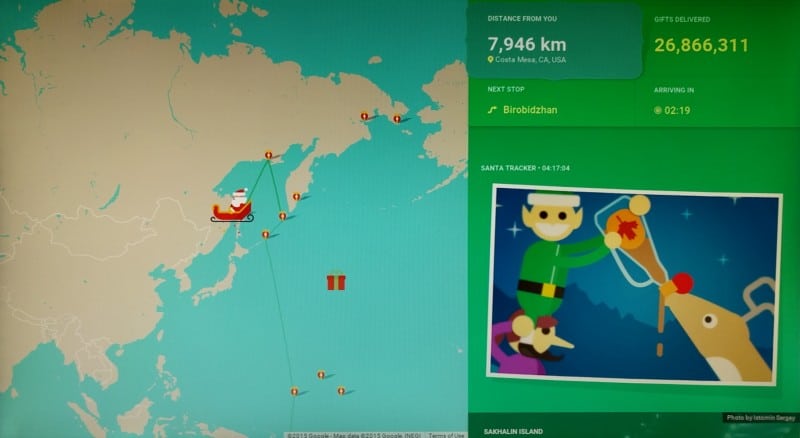 Use Voice Phone Call or Email for Santa’s Location

For people who are not well-versed with high-tech equipment, the old ways are better. Send an email to noradtrackssanta@outlook.com and get an answer about Santa’s current location. Better yet, make a call to NORAD. Dial 1-877-HI-NORAD or 1-877-446-6723. A person will answer, normally a military volunteer sacrificing his Christmas Eve to give you an update.