Our penchant for listening music is never going to die, and therefore, we love to hear melodious tunes for hours. On our iPhone and iPad, we use Apple Music to stream or download music. But there is no element of surprise as we know which track is coming up next. Radio Stations sometimes gives you pleasant surprise by playing songs you love the most. If you have never used radio, you can read a tutorial on how to listen to Radio in Apple Music on iPhone, iPad, Apple Watch, Apple TV, Mac and Android Phone. In the present article, we will deal with how you can add songs playing on Radio to Apple Music Playlist or Library. 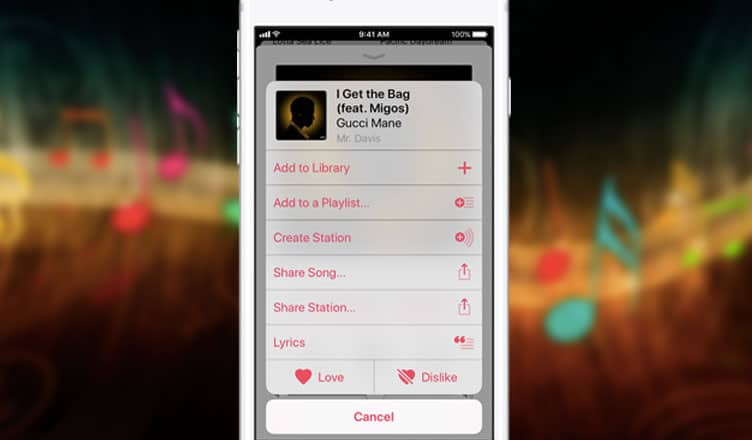 Save Songs from Radio to Apple Music Playlist or Library on Apple iPhone, iPad, or iPod Touch

Step #1: Launch iTunes on your Mac or computer.

Step #2: Now hover the mouse pointer on the song’s name at the top of iTunes, and then click on…

Step #3: Next, you need to select ‘Add to Library’ or ‘Add to Playlist’. You can either add that song to a current playlist or create a new list.

Bring up the Now Playing screen on your Apple Watch Series 3, and then tap on + icon.

Step #1: Take your Apple TV remote in your hands and press and hold the Touch surface on it.

Step #2: Now tap on three vertical dots seen to the right side of a song, album, or playlist.