Any smart device tends to behave strange at some point of time, and Apple TV is not an exception. Yes, Apple TV sometimes has problems and it won’t show video or play sound; normally, users have noticed that Apple TV stuck on Apple logo screen and even gets frozen.

This unresponsiveness of Apple TV 1st, 2nd, 3rd and 4th Generation surely irritates you. Well, this is electronic world, and while you are dealing with electronic gadgets, follow a simple rule: restart your device. Apart from the basic solution, we have listed some other fixes you can apply when your Apple TV is stuck on Apple logo and doesn’t show or play anything.

The solutions listed here are related to the hardware and software of your Apple TV. Moreover, our solutions also work when your Apple TV becomes unresponsive. Now follow the fixes and get rid of the issue of Apple TV not working and blinking light continously. 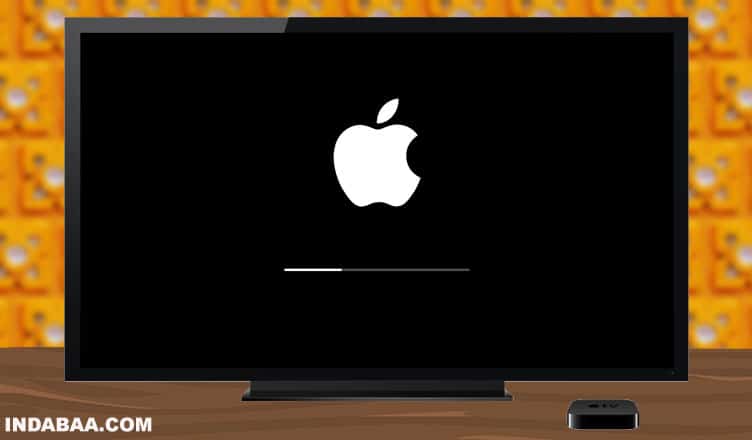 Can’t get any result? You can disconnect the power cord from TV and wait for 6 seconds and then insert the power cord back in power socket. If the problem persists, follow the next solution.

HDMI cable’s performance can spoil your entertainment consumption on Apple TV even as status light is ON; when HDMI cable doesn’t work, you won’t hear sound or watch video on Apple TV. In this situation, you can check the HDMI cable; disconnect it and then insert it back into the Apple TV.

If the cable is damaged, you can buy a new HDMI cable for Apple TV 4K.

If your smart Television has multiple HDMI ports, you can try changing HDMI input on that television or receiver with which your Apple TV is connected. If you have got another HDMI cable, you can insert it in a different HDMI port.

When your Apple TV shows black screen or the Apple logo shows up for a moment before going back to black screen, you should use remote to change video resolutions.

Hold Menu and Volume Down for 5 seconds on remote and release.

Your TV will change resolution every 20 seconds.

Hold Menu and Volume Up on TV remote for 5 seconds.

TV will change resolution every 20 seconds.

Still facing the issue? Instead of using Wi-fi, you can use a high-quality HDMI cable to connect your Apple TV directly with your smart television.

Do not connect to any switch or receiver; instead, use HDMI 1 or Input 1 on smart television.
​
If Home screen shows up when Apple TV is directly connected to your television, you can connect other devices like receiver or HDMI switch one after other.

When your Apple TV becomes unresponsive completely, simply sync Apple TV with Mac or computer and force restore via iTunes.

Step #1: Take a USB – C to USB cable to connect your Apple TV to your Mac or computer.

When everything fails, you can contact Apple Support in the last resort. Normally, users go to Apple Support when Apple TV doesn’t turn on, Apple logo appears on the screen or they cannot hear sound on Apple TV.

If you can boot set top box, go to Settings  → General → About.

You can see that serial number is printed on the bottom of the device, right below FCC symbols and information.