Fireworks, confetti, birthday balloons, Love (Hearts), shooting stars and more on your iPhone screen! You think I must have gone crazy. Nope, your iPhone can do all this if you have updated to iOS 10. Among the many cool features iOS 10 brings, this can be quite funny and hilarious to make your chat colorful on iMessage.

Though emoji Tapbacks and bubble effects have been popular among chatters, sending iMessage with screen effects is particularly all the rage among young iPhone users. 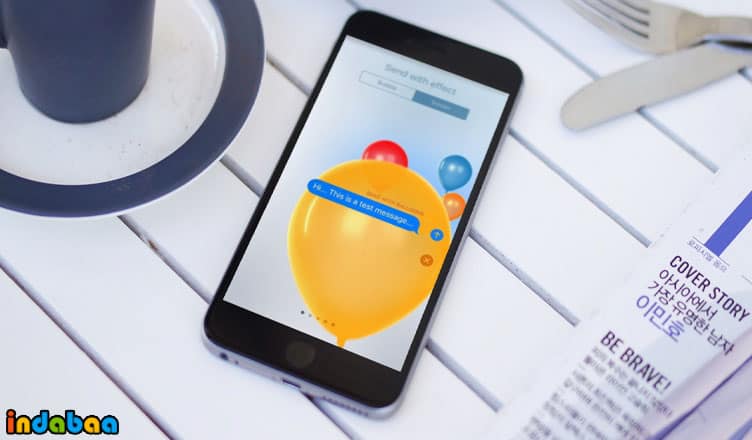 How to Send iMessage with Screen Effects on iPhone or iPad

Open the Messages app on your iPhone and type in a message.

Now press strongly on the upward arrow (which is Send button).

Next, you can see two screen tabs: Bubble and Screen. Now choose Screen and tap on it. 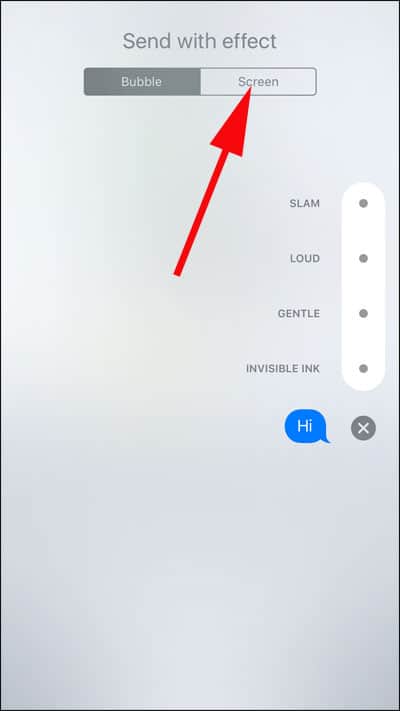 Here, you need to swipe from right to left to select the screen effects you want to apply in your iMessage.

With Balloons, you can send Happy birthday balloons in a variety of colors. 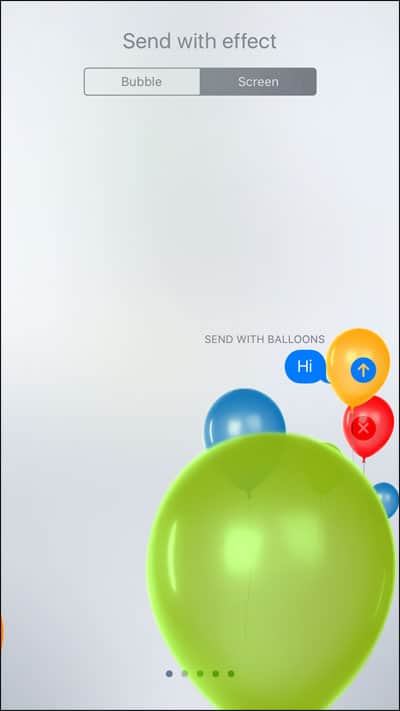 In Shooting Stars, a star bursts after traveling from left to right on your iPhone screen. 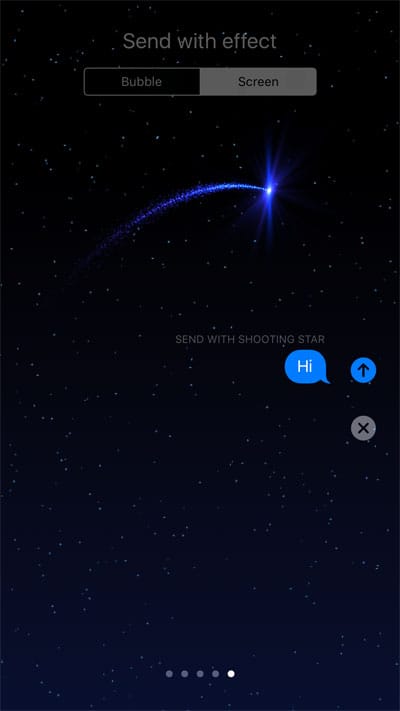 Create an impression of lasers and sound on the screen with the help of the Lasers effect. 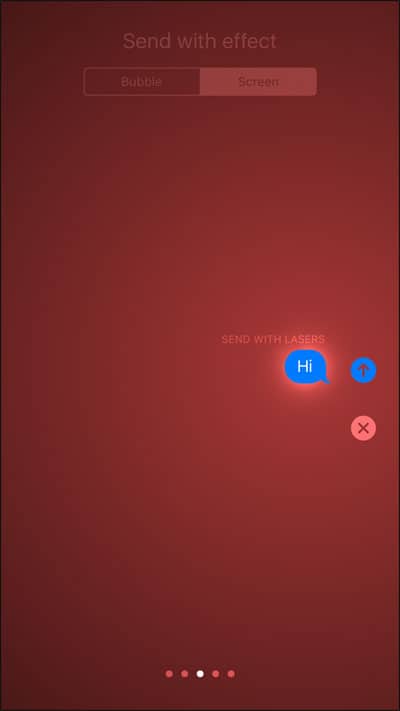 Enjoy multi-color fireworks at the center of your iPhone screen in Fireworks. 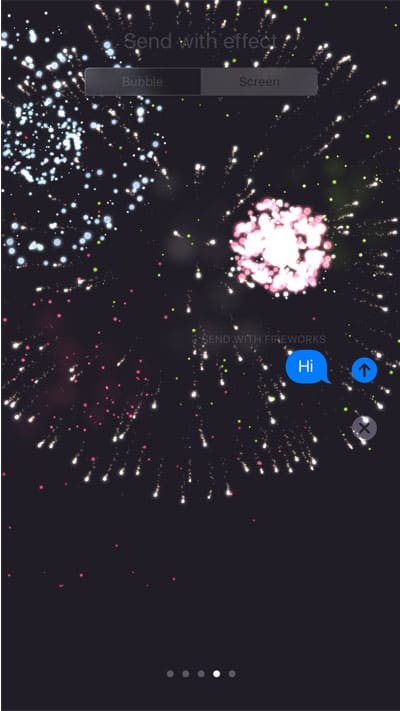 Confetti effect showers multi-color confetti from the top of the phone screen. 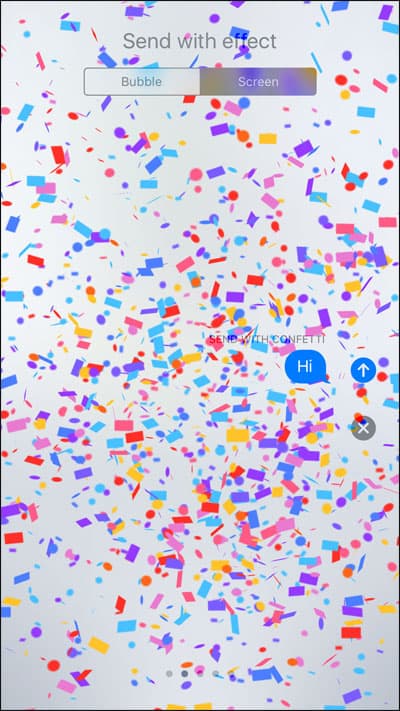 Send With Love, you can send heart messages to your loved ones 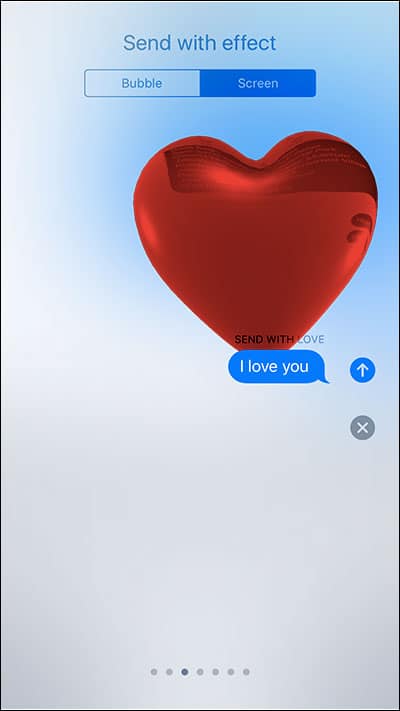 Echo Effect When you select the Echo, you can send any selected portion of text to contacts by multiplying the message all over the screen. 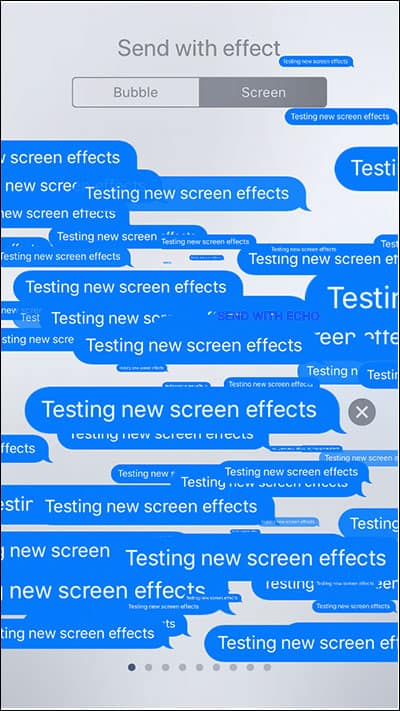 In the Spotlight Effect, you can highlight your message by placing a large spotlight on the text. 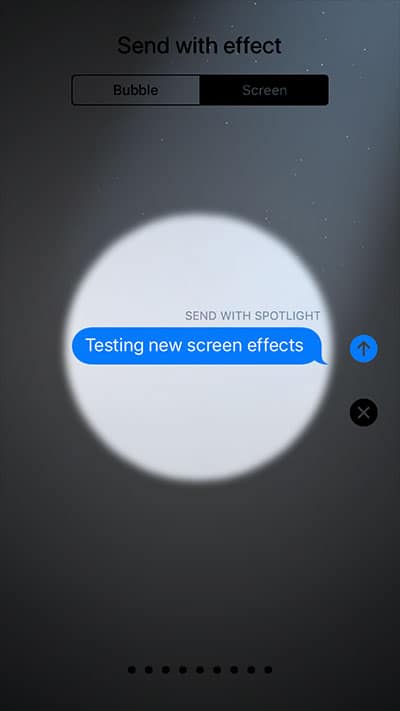 iOS 11 has been rolled out with many awesome features. You can explore some hidden iOS 11 features that are now announced during WWDC 2017.

After choosing your favorite screen effect, just tap on the Send button to send your iMessage to your contacts. 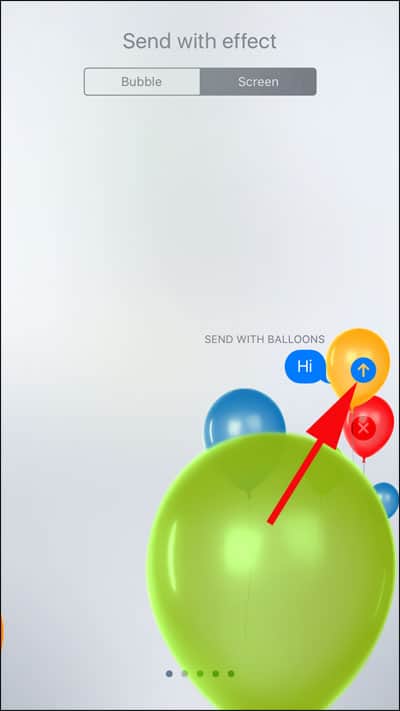 Later on, if you think that you have sent a screen effect to a person who hates such trinkets, you can cancel the screen effect in iMessage.

How to Cancel iMessage Screen Effect on iPhone or iPad