Using Siri on your HomePod is a great way to create some important Notes on your smart speaker. As long as your HomePod and iOS devices are connected to the same Wi-Fi network, you can sync those notes on iPhone or iPad. While you are setting up HomePod with an iOS device, you need to grant the Siri-enabled speaker some access like contacts, messages, reminders, and notes so that you can use Siri commands listed in this tutorial. Now go ahead and make notes with Siri on HomePod.

You need to ensure that your HomePod and iOS devices are on the same Wi-Fi network so that you can easily save notes on your iPhone or iPad by using Siri commands on HomePod. 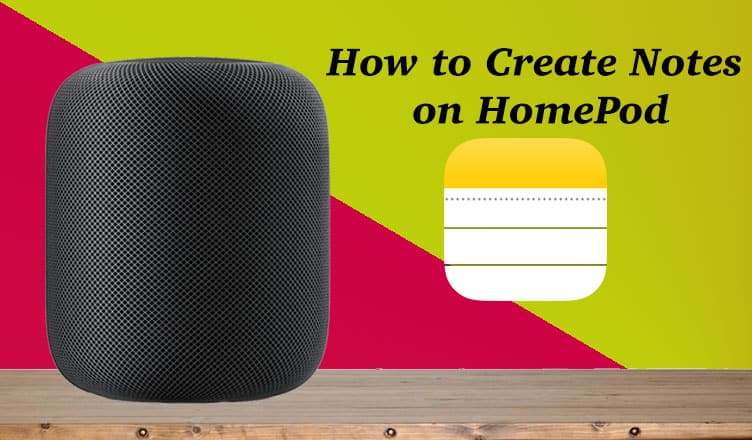 How to Make Notes on HomePod Using Siri

How to Create Notes on HomePod Using Siri Commands

You can also use Siri to make new Notes using commands when your HomePod is nearby. In case there are Notes created, you can add new points to it via Siri.

While you are managing Notes and Reminders apps with Siri on HomePod, you should disable Personal Requests on the Siri-enabled speaker so that other users, who have Wi-Fi access in your household cannot use your HomePod.