Split View and Slide Over on iPad in iOS 11 are two features that grabbed attention of many users. This multitasking feature can help you increase your productivity, but when you find some issue in using Slide Over and Split View on your iPad, you need to do something immediately. We have listed three possible solutions to fix the issue of Split View and Slide not working on iPad in iOS 11.

What happens when Slide Over and Split screen view suddenly stopped working in iOS 11? Well, there can be a number of issues related to this; some people may not add second app while others cannot use drag and drop feature to zip and unzip files. To fix iOS 11 multi tasking not working on iPad, you need to follow below-mentioned tried and tested solutions. 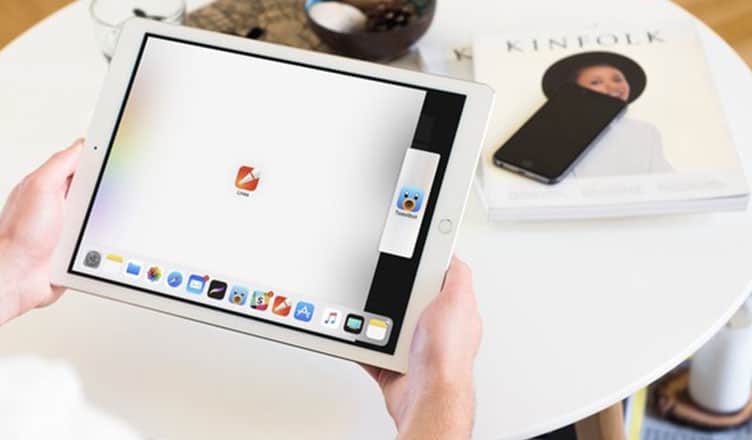 Among the above listed iPad devices, not all give you the best multitasking experience. Note that multitasking needs space and more memory power of your device, hence larger iPad devices with stronger RAM can deliver the best results.

You may not like to use multitasking feature on smaller devices like iPad Pro 9.7”, iPad mini 7.9” and other iPads with 9.7” size; moreover, these iPads have lesser RAM, which doesn’t give quick reaction to your taps.

When you disable multitasking on your iPad and then reboot the device, you have a better chance of using Split View in a fresh way.

Step #1: Launch Settings on your iPad.

Step #3: Next, toggle the switch Allow Multiple Apps OFF.

This will restart your iPad; after the device is started, you can turn on Allow Multiple Apps option from Multitasking and Dock.

This solution will erase all your Wi-fi passwords and website settings; however, you should not bother about your data as it will remain untouched.

Step #1: Launch Settings on your iPad.

Step #2: Tap on General and scroll down to tap Reset.

Step #3: Now tap on Reset All Settings, and confirm your action.

Fix #3: Update Your iPad to the Latest Software Version

It is always advisable to use the latest version of iOS on your iPhone and iPad. This practice will automatically give you the best operating system and smooth interaction with your device.

Step #1: Tap on the Settings and open General.

Here, you need to download and install the latest software update available.

In case you don’t get good results, you can restore your iPad from iTunes and iCloud backup. You can do this after backing up your iPad.

Does the problem persist? You should take your iPad to Apple Support. This is your last resort; hope, you didn’t have to go there!