It is strange that users cannot watch Amazon Prime Video on Apple TV even as the latter boasts more than 5000 apps as none lets you watch video via Amazon Prime or Video account. You should not regret this situation; keep your iOS device, Mac, an Amazon account, an iOS app and an Apple TV ready.

Important Note: Amazon is rolling out Amazon Prime App in Apple TV App store. so that you can simply install the App on your Apple watch and enjoy watching Amazon prime video on your Apple TV. 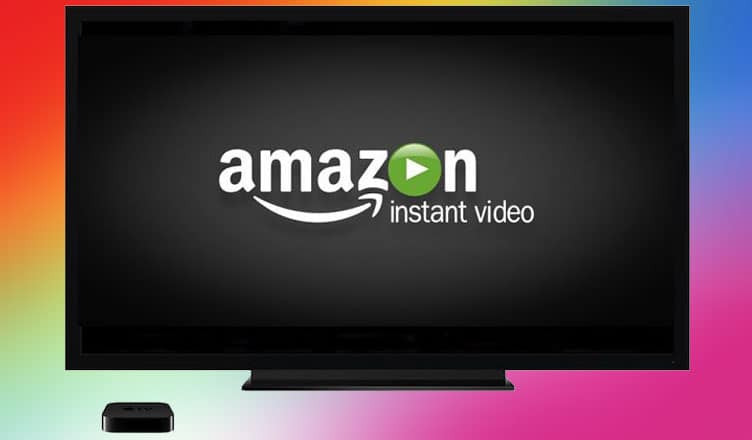 How to Watch Amazon Prime Video on Apple TV

How to Stream Amazon Prime Video on Apple TV

First off, you need to download and install Amazon Prime Video app on your iOS device. The app is free on App Store and you can browse Amazon’s entire collection of available contents; for Prime subscribers, many titles are made available free.

After signing in with your Amazon ID, you can explore, watch and rent content on your iPhone or iPad, but if you wish to stream movies via Apple TV, you need to use Screen Mirroring (AirPlay).

Step #1: Put your iOS device (iPhone or iPad) and your Apple TV on the same Wi-Fi network.

Step #3: Select a movie you wish to watch and then hit the Play button on App.

Step #4: Swipe up on your iPhone or iPad to bring up Control Center.

Step #5: Here, you need to tap on Screen Mirroring.

Step #6: Select the Apple TV you wish to stream the movie on and tap its name.

Finally, you should be able to watch a movie or TV show on your Apple TV.

How to Watch Amazon Prime Video Using a Mac

If you have a Mac loaded with Mac OS X 10.11 or later version, you can watch your Amazon Prime movies from Mac. This process includes the usage of web browser on which, you need to choose a movie or TV show from the Amazon website on your computer.

Step #1: When the movie starts, you need to click on AirPlay button from the upper right corner of Mac, and choose Apple TV you want to stream the content through.

Step #2: You can see your Mac desktop on the TV screen.

Step #3: Finally, click on ‘Full Screen’ button seen in the window wherein your Amazon media is playing. This full-screen image should also appear on TV screen.

Why this awkwardness in streaming content from Amazon Prime Video to Apple TV?

This question might pop up in your head; but the business rivalry between the two tech giants embitters our dose of entertainment. Amazon wants its customers to use Fire TV to stream all its contents; on other hand, Apple firmly believes that apps are the future of television.