Apple has improved its app department thoroughly. Earlier, if you had deleted an app accidentally, you had to restore it from iTunes; worse, users had to buy the app again (if it was a paid app). But things have changed and you can easily restore deleted apps on iPhone or iPad from App Store in iOS 11.

The best part of re-downloading the deleted app is that you are not supposed to pay bucks if you have purchased the same app earlier. Note that you can get back deleted apps as well as built-in or stock Apple apps on your iPhone or iPad running iOS 11. 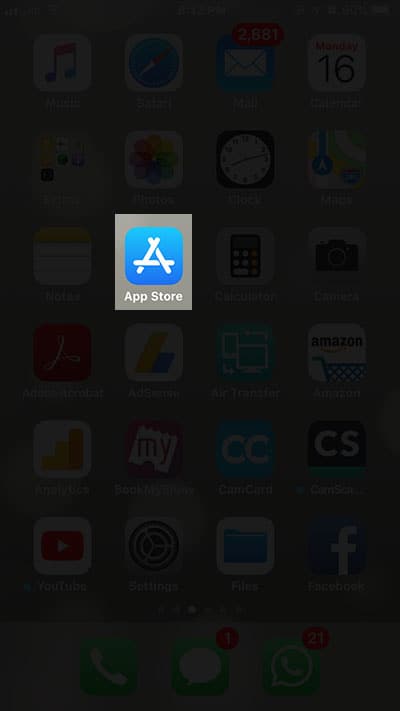 Step #2: By default, you will land on Today screen; tap on your profile icon seen on top right corner.

Step #3: This will take you to your Account screen, where you need to tap on Purchased option under your Profile Name.

Step #5: Now tap on ‘Not on this iPhone’ button from the top.

This will show you a list of third-party apps you have deleted recently or earlier.

Step #6: Swipe up or down to find the app you want to restore on your iPhone or iPad. Once you find the app, simply tap on the download button seen next to the app. 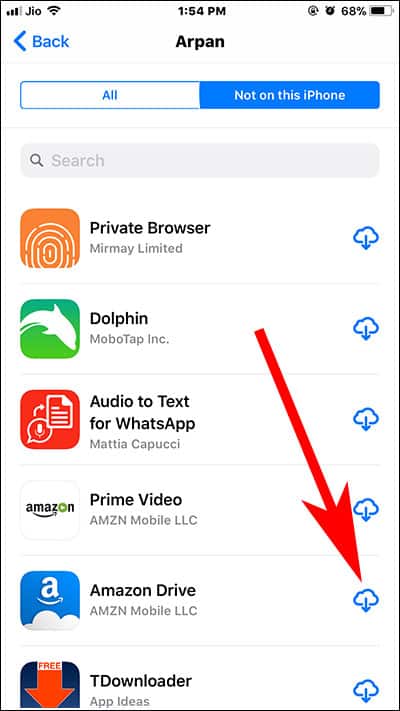 Unlike third-party apps, built-in or stock apps cannot be restored from your account.

Step #1: Launch App Store on your iPhone or iPad.

Step #2: Tap on Search icon from the bottom list.

Step #3: Now type in the name of the app; make sure you enter the exact name of the stock app you want to restore on your iPhone or iPad.

Step #4: Next, tap on download button; the app will be restored in a few seconds.

Now you should not be bothered about the accidentally deleted apps – whether they are stock apps or third-party apps. Share your feedback with us on Facebook, Twitter and Google Plus.